This post will consist of two halves. The first, a bit negative. The second, positive.

I have had an awful week following on from last weekend’s County Cross Country Championships. Since then I have felt tired, lethargic and I’ve had aches and pains cropping in my left ankle, lower back, hamstrings and abdomen. I had already decided prior to last week’s Championship race that I would take this week off from running but I have done zero training this week: no yoga, no weights, no core or conditioning, no swimming, no hiking and certainly no running. I’ve barely even done any walking outside of going to and from work Monday to Wednesday.

I felt so run down and crappy that on Thursday I took the day off from work and followed that up with Friday off work too. I’m not sure if it’s a mixture of the virus that I have and the lack of endorphin releasing cardio that I’m very much used to or if it’s just one or the other but I have been struggling with feeling depressed since probably Tuesday or Wednesday afternoon. I have struggled to do anything but watch Netflix in my down time this week, I have not wanted to speak to or really interact with anybody face to face and I’m feeling kind of grey. It’s odd because through this I am even questioning my love for running, my passion for it. I can honestly say I currently have no desire to run. Granted, it would do me no favours if I did because my ankle is definitely not right, but normally I would be chomping at the bit just waiting for the moment when I could lace up and get out!

Today, Sunday, I opted not to race the penultimate race of the cross country season for my club thereby rendering my cross country league season null and void – I need to have run at least 4 of the 5 fixtures to get a ranking for the season but even if I manage the final race of the season I will have only managed to run three. I made the correct decision, I know that, but I didn’t even show up to mingle with my team mates or to offer a helping hand with marshaling or taking results. I just had no desire to be around other people.

I am aiming to put at least the injury worries right next week by visiting my physio and probably a sports masseuse. The likelihood is I will cover only light mileage for the rest of this 8 week training block and instead focus on strength, conditioning and swimming. Maybe my body and my mind are just telling me I need a bit of break from regimented, structured and focused training? The likelihood is also that I will withdraw from the Manchester Marathon and focus this year instead on the big mountain stuff instead of trying to do too much all at once: I think now that a sub 3 marathon attempt, two Alpine races and my first 100 miler all in one year is a recipe for disaster!

Anyway, I am sure that these feelings will pass and this is just a mixture of negative thought processes compounded by illness, injury and circumstance! At the end of the day I have a lot to look forward to in the year ahead…

So now we come to part two! The positive bit! It hasn’t been all doom and gloom this week mainly down to two factors.

First of all I finally got into a UTMB week race – I will be running the TDS (Sur les Traces des Ducs de Savoie) a race that has been on my ‘To Do’ list for a long, long time! On Wednesday August 26th 2016 I will head out into the Aosta Valley and the Italian Alps in a bid to run the 120k to Chamonix in France alongside 1600 other hardy, adventurous souls!

From Italy to France by way of the mountains!

What goes up…steadily keeps on going up. And occasionally a little bit down. 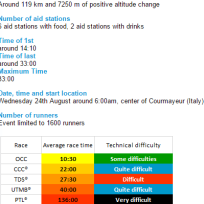 It will undoubtedly be the hardest race I’ve ever done and will see me run for longer and further than I ever have at that point. Even though I wrote earlier in this post that I currently have zero desire to run or train hard I cannot wait to put my mind and body to the test in the Italian and French Alps.  Contradictory, I know, but this race is extremely special, extremely tough, challenging and demanding – it’s not just about running but it’s about efficient hiking and the ability to keep on going (mostly uphill and at altitude) when the tank is running low. The pain and suffering will be more than offset by the atmosphere, the scenery and the experience!

The second positive this week is that voting closes for the ‘RunUltra Blogger of the Year Award‘ for which I have been shortlisted!

I was added to the original long list by the RunUltra editors and then from October 23rd to November 26th my peers, readers and friends added their opinion which ultimately led to ‘26.2 & Beyond’ being shortlisted.

Public voting has been open since December 1st and closes at 2359hrs (GMT) today (January 17th).

It is an honour and privilege to have my writing recognised by other runners and writers after writing this blog consistently and regularly since August 2012. If you haven’t already done so please click the picture below and vote for me: Alistair Flowers. 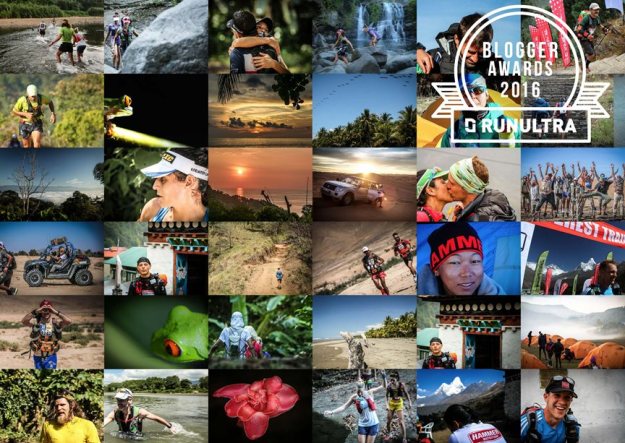